Important note to the Irish people, who are reading this: You are the only ones who can stop this. Focus Money is not a conspiracy magazine. It is mainstream-media and I am an mainstream Journalist. It´s not only about death penalty. It´s about killing people during a revolt or civil commotion. This could be any protest which is not allowed or when someone is throwing stones. Don´t let fool yourselfs. There is a reason why this is written in the official jourmal of the european union. Anyone who insists that doesnt apply to ireland, lies. German People were not asked. You are. Stop it and help us all. I write this because i am pleased to see that this interview circles around on irish websites. When we stand togethere we can save us all. I´ve been to Ireland recently. You are one the friendliest peole I ever met. And the friendliest thing for humans you can do, is prevent them from beeing killed because they are in the wrong place at the wrong time.

In the following you will read my [Oliver Janich] most recent Focus-Money column and my interview with Professor Schachtschneider about the reintroduction of the death penalty in the EU. I have fought for this for weeks and Focus-Money is the first mainstream medium which dares to touch this topic. Until now there were no reactions from the public. Don’t put up with that. A bigger constraint on our *freedoms/liberties than killing protesters without a court order is hardly imaginable. And if this topic disappears once again without any kerfuffle, the lethargy in this country would be so huge, that it’s too late. The Partei der Vernunft [Party of Reason] will continue to fight despite that.

When you read the interview which I held with professor Schachtschneider on page 78, you won’t believe your eyes. I myself couldn’t believe it until I saw it in cold print in the Official Journal of the European Union. The EU-Charter of Fundamental Rights allows the reintroduction of the death penalty and the killing of human beings during civil commotion and uprisings. It doesn’t make any difference what arguments lawyers and politicians will come forth with – if they comment at all. When something like this has been written in there, there is a reason for it. I don’t want to live in neither a State nor a Federation of States which allows the killing of human beings – unless it’s self defense or defense of others. Please follow the discussions on this topic and get involved.

Focus-Money: Professor Schachtschneider, according to your *writ before the Federal Constitutional Court against the EU-Treaty of Lisbon, the treaty allows the reintroduction of the death penalty and the killing of human beings. This sounds iniquitous. What is your argument based on?

Karl Albrecht Schachtschneider: The EU-Charter of Fundamental Rights allows the reintroduction of the death penalty during war or during immediate imminent danger of war, but it also allows the killing of human beings in order to quel a revolt or civil commotion. All of this is explicitly allowed in the „explanations“ and „negative definitions“ affiliated with the charter’s basic rights, contrary to the abolishing of the death penalty in Germany (Article 102 Basic Law), Austria and elsewhere, which was demanded by the principle of human dignity.

Money: But doesn’t the Charter explicitly forbid the death penalty?

Schachtschneider: Governing this is not Article 2 Section 2 of the charter, which forbids the sentencing to death penalty and executions, but the *declaration to this article which has been added to the agreement. This *declaration originates from the ECHR of 1950. Accordng to Article 6 Section 1 Subsecton 3 *EUT in the Lisbon version the rights, freedoms/liberties and principles of the Charter will be interpreted in accordance to the terms of Title VII of the Charter. Title VII regulates the interpretation and application of these with befitting consideration of the cited „explanations“ in which the sources of these terms are stated.[I might have to revise this rephrasing of German legalese]

Money: But why so long-winded?

Schachtschneider: In order to just conceal this fact. The representatives will in any case only have the hard to comprehend and much to long wording of the contract brought before them.

Money: But will it now be unequivocal, that the killing of human beings is allowed, once the Treaty comes to effect?

Schachtschneider: Yes, the EU-Charter of Fundamental Rights has been declared in Nice in 2001. But because not all countries agree with it, it was not binding under international law. If the Lisbon Treaty comes into effect, this Charter too will become binding.

Money: But the corresponding passage is only written in the „explanations“…

Schachtschneider: These are binding according to Article 52 Sections 3 and 7 EU-Charter of Fundamental Rights. You can read the corresponding *declaration of the „explanation“ in the Official Journal of the European Union. There is no room for interpretations there. Furthermore, why would you write it in there, if you don’t want it?

Money: Didn’t the Federal Constitutional Court reject your interpretation of the Treaty by acknowledging the Lisbon Treaty?

Schachtschneider: Not at all. The Court did not comment on this question at all.

Money: Is that common?

Schachtschneider: That is even the normal case. If the Federal Constitutional Court does not want to deal with a problem it simply does not comment on it.

Money: is that *legally possible?

Schachtschneider: Legally this is more than questionable, but it’s the *code of practice.

Money: The death penalty can according to the „explanation“ only be introduced in war and in danger of war. A highly theoretical scenario.

Schachtschneider: Really? Are we not at war in Afghanistan? Who defines war? What is danger of war? What about the Yugoslav Wars?

Money: Isn’t it the normal case that in times of war deserters are being executed?

Money: More frightening is, that without a law and without a court order killings are allowed during uprisings and civil commotion. Who defines that?

Schachtschneider: Precisely. In my opinion the Monday Demonstrations in Leipzig can be interpreted as civil commotion, just like any other unapproved protest. Or let’s look at the riots in Greece or recently the protests in Cologne and Hamburg. You only need a couple of „Autonomists“ who throw rocks.

Money: There are politicians and lawyers who argue, that the basic rights of a country can only be improved not worsened by the EU-Treaty.

Schachtschneider: The EU-Charter of Fundamental Rights does not contain precedence or *proviso over the national basic rights, nor does it contain a principle of *propitiousness in basic rights. Whoever claims that, proves their ignorance of community law.

Money: What gives you that idea?

Schachtschneider: They argue for it with Article 53 of the Charter, but exactly this article does not argue for it. There it is stated, that no regulation of this charter may be interpreted as a constraint or violation of those human rights and basic freedoms/liberties which are both acknowledged in their respective areas of application[…], and by the constitutions of the member states. Essential here is the passage in their respective areas of application. Because when you have to apply community law the Fundamental Rights of the EU are decisive (Article 51 Section 1 EU-Charter of Fundamental Rights). When you have to apply national law, the national basic rights are decisive. Both basic rights texts cannot be applied at the same time.

Money: But the European Court of Justice might ascertain, that in this case national law takes precedence.

Schachtschneider: And this is what the European Court of Justice has never done in its existence. For it thinks that it’s always in charge. Also, the abolishment of the death penalty is not a basic right. In this respect the argument that basic rights mustn’t be worsened does not apply.

Money: Another argument from the circles of the EU-commission is, that this passage has been included to make it possible to let states like Turkey join the EU.

Schachtschneider: That’s grotesque. As a community we should be saying, that we won’t take in states which allow the killing of human beings – not the other way around.

Money: Are the politicians aware of what they decide on.

Schachtschneider: Perhaps not everyone of them. But at the very least, the CDU/CSU faction is fully aware. I have distributed a five page summary of my *writ just for them, so the representatives won’t have to read too much. The SPD as well should be aware of the problem because one of its representatives, professor Meyer, has tried to prevent these regulations in Nice.

Money: Can you imagine a reason why something like this will be decided?

Schachtschneider: Apparently the governments are expecting civil commotion. The skepticism towards the governments and the EU-apparatus is continually growing. The financial and economical crisis intensifies the pressure on the populace.

Money: *So, they enable themselves to gun down the populace?

Money: What can we do against it?

Schachtschneider: In my opinion this EU-agreement entitles us to resistance because it undermines our democracy.

Money: And what forms of resistance do you have in mind?

Schachtschneider: For example, protest rallies and all forms of public dissent, the path of Gandhi.

Money: …all of which can be interpreted as civil commotion. This sounds like dictatorial *circumstances.

Schachtschneider: The term dictatorship is technically fuzzy, but often used. The term has been defined as a temporarily restricted *state of emergency constitution in the Roman Republic. I would rather speak of a despotism which may degenerate to a tyranny. By the way if the Irish will approve of the Lisbon Treaty in October, the abolishment of the death penalty will be over. 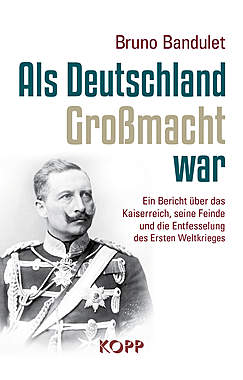